On Jan 27th there will be several events taking place around Siena, around our region of Tuscany, and around the world to mark the important occasion of International Holocaust Remembrance Day, commonly called in Italian the "Giorno della Memoria" (Day of Memory).

The UN General Assembly in 2005 adopted by consensus a resolution (A/RES/60/7) condemning "without reserve" all manifestations of religious intolerance, incitement, harassment or violence against persons or communities based on ethnic origin or religious belief, whenever they occur.
This resolution designated January 27th, the anniversary of the liberation of the Auschwitz extermination camp at the end of the Second World War, as the International Day of Commemoration in Memory of the Victims of the Holocaust. 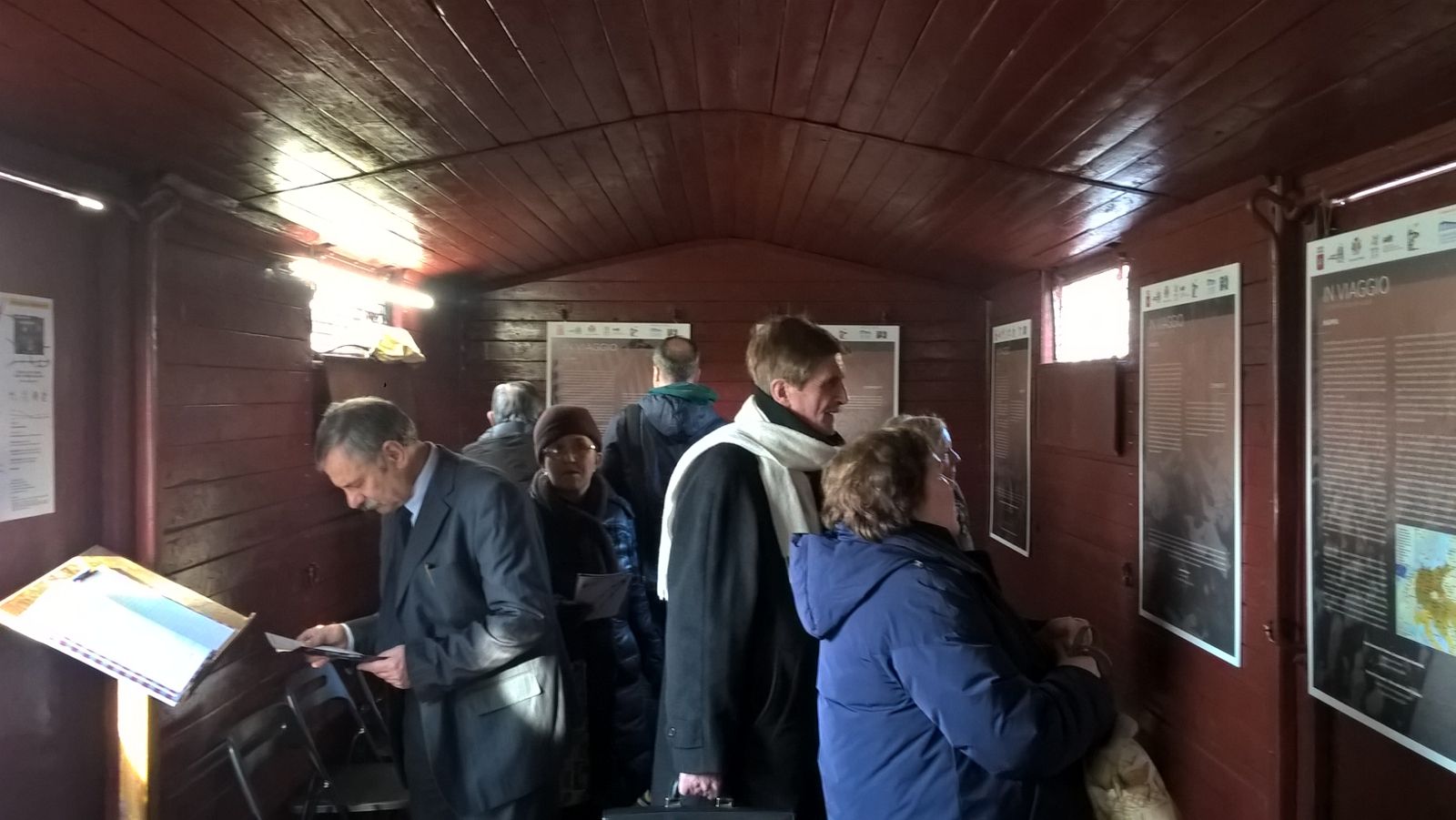 Until February 10h there is an exhibit on view at the Synagogue of Siena, entitled "In viaggio. La deportazione nei lager,"  using didactic panels and oral history accounts to recount personal experiences of Italian Jewish people who were deported during the Holocaust.  The exhibit has free entry and is open on Sundays, Mondays and Thursdays from 10.45am to 4.45pm.  Address: Vicolo delle Scotte 14 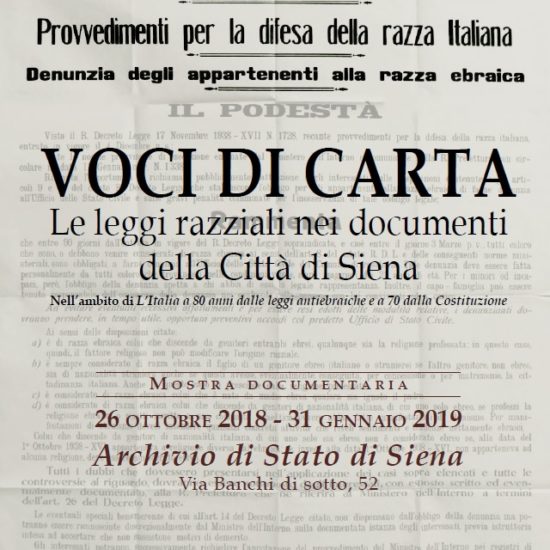 Through Jan 31, the City Archives of Siena currently have on view "Voci di Carta" an exhibit of documents related to the Fascist racial laws that were enacted in Italy from 1938-1945 and their local results here in Siena. On Jan 27th, together with the exhibition, the City Archives will be hosting a concert “Musica dall’esilio"(Music from exile) an homage to Tuscan Jewish composer Mario Castelnuovo-Tedesco.  The Sienese community choir Unione Corale Senese "Ettore Bastianini" will present a complete performance of Mario Castelnuovo-Tedesco's opera for guitar, choir and soloists, entitled "Romancero Gitano."  Before the concert, at 4:30pm, there will be a special guided tour of the exhibition.  Address: Banchi di Sotto 52 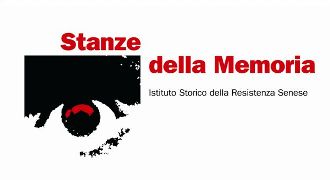 Siena also has a museum, the "Stanze della Memoria" (Rooms of Memory) dedicated to the local history of Fascism, the Resistance Fighters, and the eventual Liberation of Siena and the rest of Italy at the end of the Second World War. Address: Via Malavolti 9 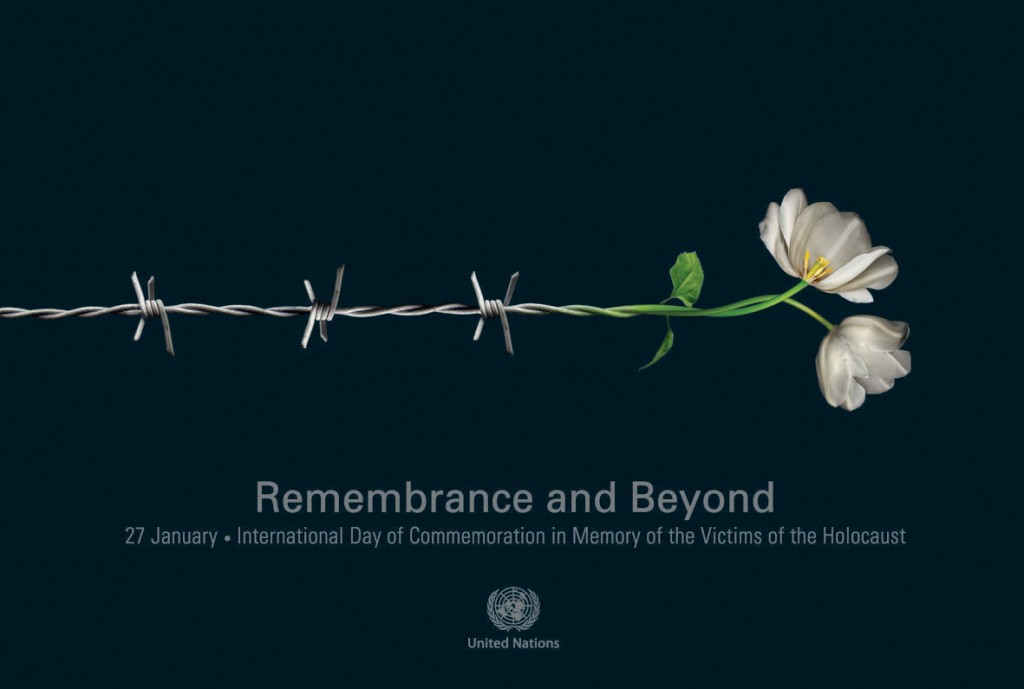