Exploring the Enlightenment in Siena and Florence

For any student of Liberal Arts, the Age of the Enlightenment is fascinating to explore. A surge of interest in the pursuit of knowledge which swept across Europe in the 17th and 18th centuries, it's impact on the pursuit of knowledge is still felt today.  Tuscany was a critical location during this important historic era, and the cities of Siena and Florence both offer an array of museums related to this time period. 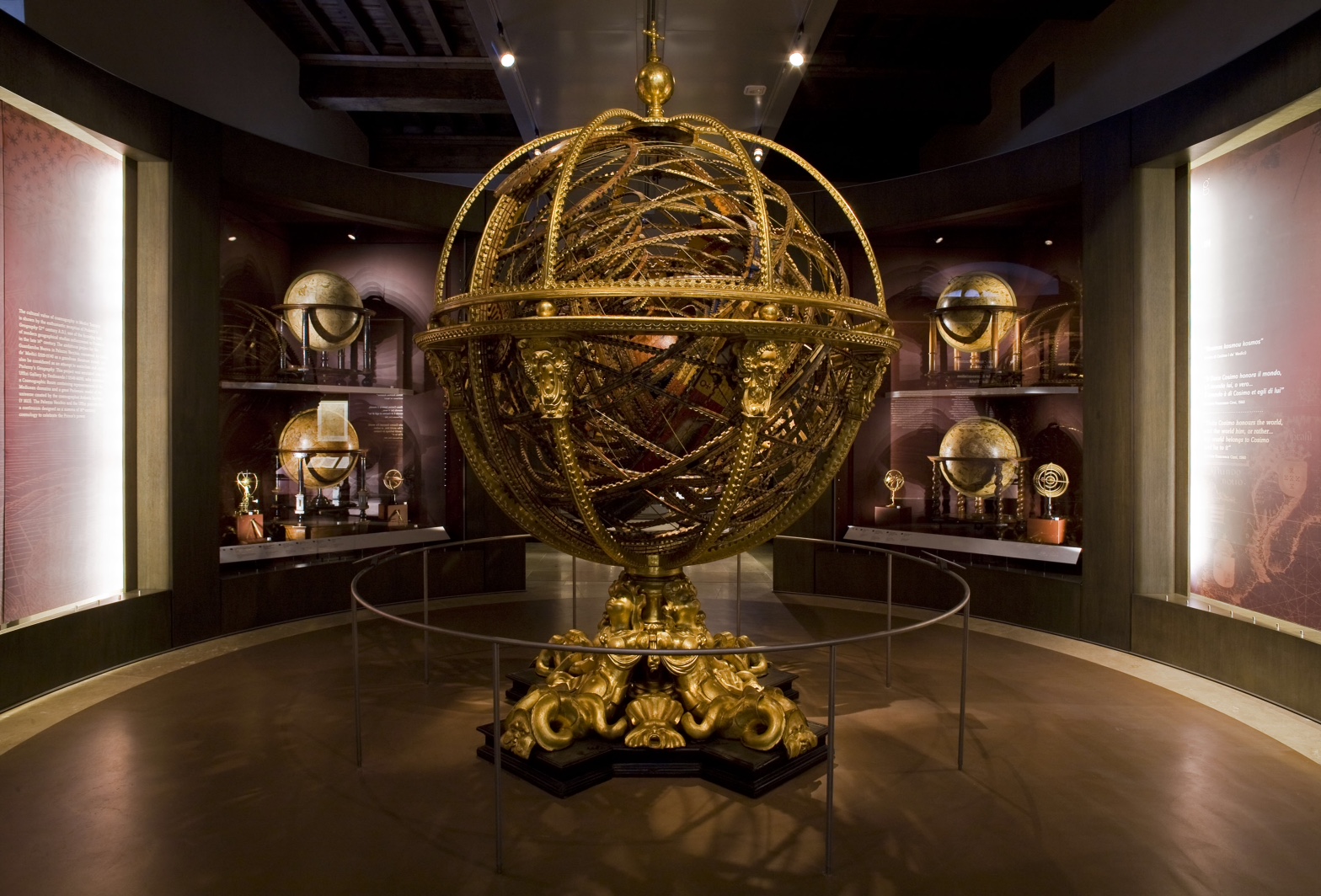 Right down the street from our school is Siena's Natural History Museum, the Accademia dei Fisiocritici.  This museum is a real cabinet of curiosities: with all kinds of specimens and artifacts in their collection, from seeds and pressed flowers to crystals and meteorites to taxidermy and skeletons (both animal and human)! 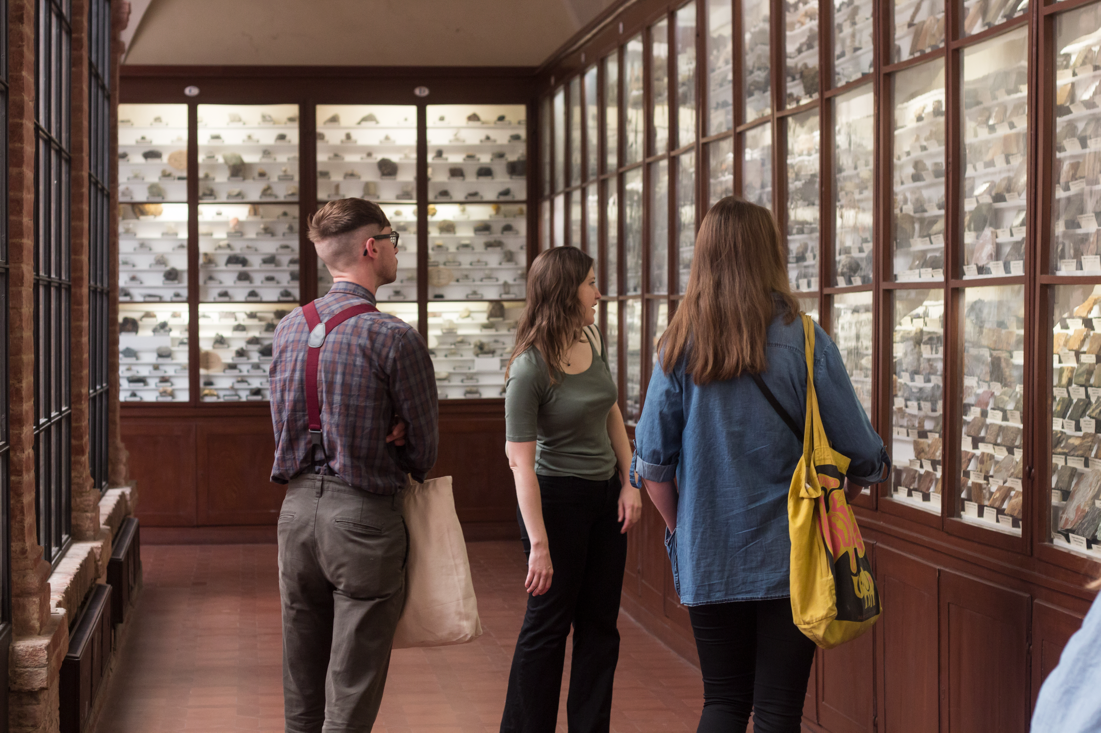 Founded in 1691 by scholars of both the University of Siena and the Hospital Library of Santa Maria della Scala, the Fisiocritici moved to its current location in 1816.  While some sections of the museum displays have been updated in recent years, many sections largely remain true to their 19th century appearance, with antique cabinet displays and detailed handwritten labels.  It's really a museum that belongs in a museum, as the collection itself is fascinating to study as it reflects the way that knowledge has been gathered and organized and shared in different moments of history. 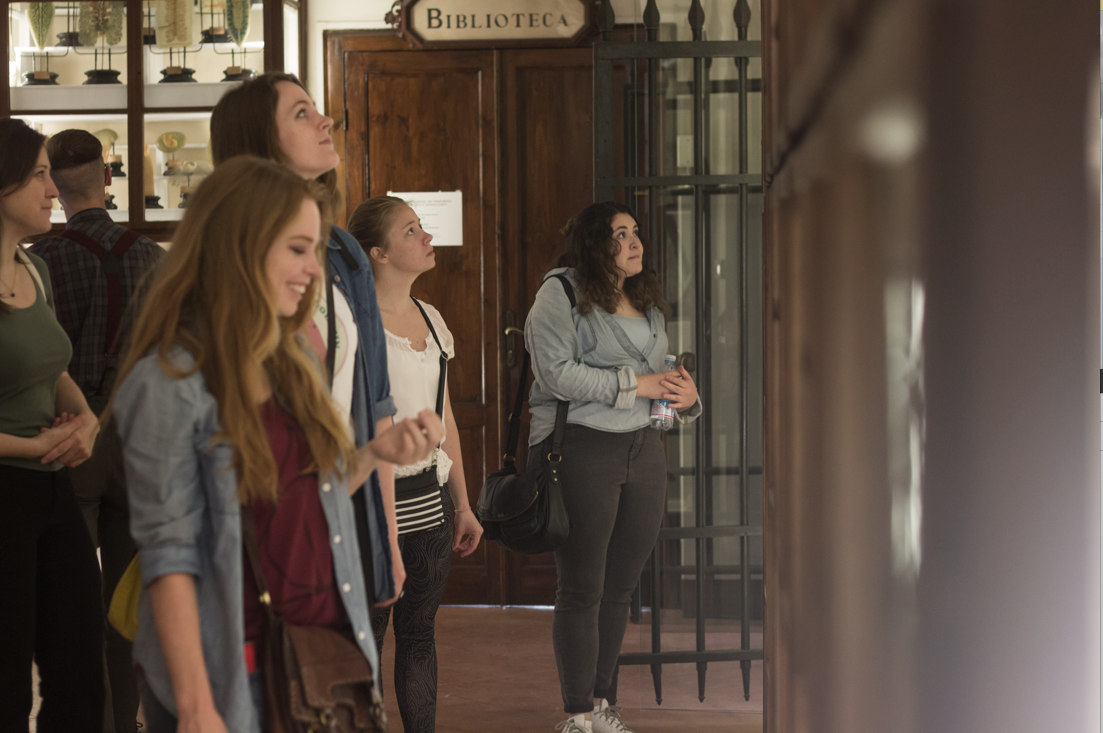 Among many intriguing sections of their collections, there is the Anatomy department, which features artifacts and illustrations of  Paolo Mascagni (1755-1815), a very influential medical researcher and professor of medical science in Siena.  Among his many accomplishments in his study of the human body, he is famous for having discovered the lymph node system, which is critical to our modern-day understanding of the immune system.  While sometimes difficult to look at, the specimens and illustrations in his collection are truly fascinating, and beautiful in their own way.
You can find more info on the Fisiocritici museum's website: http://www.fisiocritici.it/

Florence, a little over an hour from Siena by bus, is home to the Natural History Museum La Specola, located near Porta Romana, which has a similar but unique collection.  With a massive collection of zoological, anatomical, and mineralogical specimines, you could spend hours in this vast museum.  Visiting the hall of animal skeletons requires a special reservation made in advance, but it is well worthwhile.  You feel like you are stepping back in time walking through the halls of this antiquated museum. 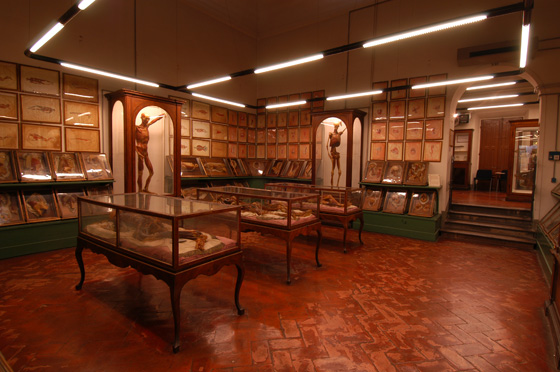 Perhaps most noteworthy are the wax models of human anatomy: allarmingly realistic full-scale models of the human body, highlighting different organs and systems within the body.   This collection was commissioned beginning in 1771 by Grand Duke Pietro Leopoldo and the first director of the Museum Felice Fontana, and took approximately a century to create, including over 1400 pieces.  It was conceived as a three-dimensional treatise to teach human anatomy utilizing models in wax as well as tempera drawings and didactic displays.
For more info about the Specola Museum in Florence, visit:  http://www2.msn.unifi.it/CMpro-l-s-11.html

Florence is also home to the Museo Galileo, located alongside the Uffizi Gallery in the city center.  This museum is explores the history of science, and is heir to a five centuries of scientific collecting by the ruling powers of Florence (the Medici and Lorraine families) and the value they places on scientific research.  Beginning the the collecting of maps and globes related to their expeditions related to critical trade and military activities at the time, they expanded to sponsor research in mathematics and science and the development of state-of-the-art scientific equipment.  The museum has recently been renovated, with many extraordinary pieces on view in their displays, including the only surviving instruments designed and built by the famous Tuscan scientist Galileo Galilei (1564 –1642) astronomer, physicist, engineer, philosopher, and mathematician whose work was central to the scientific revolution of the seventeenth century. The most important artifacts of Galileo on display in the museum are two original telescopes and the objective lens of the telescope with which he discovered Jupiter’s moons!
More details about the Museo Galileo can be found on their website: http://www.museogalileo.it/
There are frequent buses and trains every day between Siena and Florence.  For detailed schedule information, visit: www.tiemmespa.it (for bus schedules) and trenitalia.com(for train schedules)