Just in Case of Desertification

Sustainability - in other words how we run the only planet we have - is most of the time an environmentalist issue. In Europe now, surprisingly, the alarm has not been sounded by activists or scientists, but by the European Court of Auditors (ECA), a European body that audits the European Union budget in terms of both revenues and spending.

ECA is conducting an audit on desertification, to examine whether the risk of desertification in the EU is being effectively and efficiently addressed. 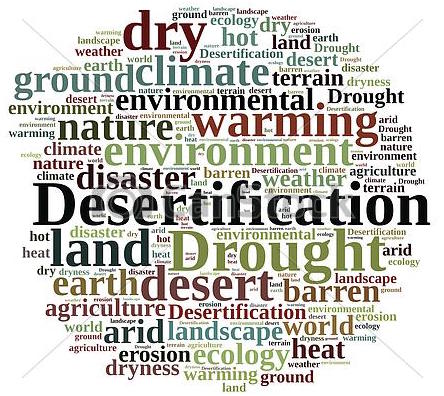 Desertification is defined by the United Nations Convention to Combat Desertification (UNCCD) as “land degradation in arid, semi-arid and dry sub humid areas resulting from various factors, including climatic variations and human activities”. Desertification is a result, but also a cause, of climate change. It also results from unsustainable land management practices in intensive agriculture. It  can lead to diminished food production, soil infertility, and a decrease in the land’s natural resilience and ability to store carbon. A desertified land can cause wind-blown dust and a decline in biodiversity.

The situation is most serious in a large part of Spain, southern Portugal, southern Italy, south-eastern Greece, Cyprus, and areas of Bulgaria and Romania. Research indicates that up to 44% of Spain, 33% of Portugal, and nearly 20% of Greece and Italy are at high risk of soil erosion. In Cyprus, according to their national action programme to combat desertification, 57% of the territory is in a critical situation.

Forty per cent of the Europen Union budget is spent to support agriculture. Evidently, the Court of Audits wants to investigate why this flow of money from Brussels is not protecting the soil and is not enhancing its fertility.

A hard job of the Court of Audits: on the one hand, the EU is funding the industrial agriculture; on the other hand, it is in charge of soil and biodiveristy protection.

The UN Convention to Combat Desertification was signed in 1992 and went into effect in 1996. Hopefully, twenty-two years later, we are not too late.