What Would a Town Be Without Music?

Another instalment from my ongoing love affair with the Band of Asciano or, as it is officially called, la Società Filarmonica “Giuseppe Verdi” di Asciano.

Founded in 1818—one-hundred and ninety-nine years ago!—the banda of this enchanting town in the hills near Siena decided to set up its own music school as far back as 1830. What better way to ensure renewal from one generation to the next? Continuing to thrive, the Band today amazingly provides music lessons free of charge. Yes, you read that right. Students of all ages learn to play instruments for free.

The Music School holds its annual recital outdoors in Asciano’s tree-shaded main square on June 2—a significant date, for it is a national holiday, the Festa della Repubblica, commemorating the nationwide referendum of June 2, 1946 when, following the end of World War II, Italian citizens (women included, for the first time ever) voted together and chose to become no longer a monarchy but a republic.

Valeria and I could not resist going to hear the Band’s Music School recital this year. We were bowled over by the beauty of the occasion, perhaps the most striking feature of which is the sense of community surrounding the event, the town’s collective embrace of its melodizing youth. Performing as soloists, in duos or in larger ensembles, students displayed their skills on flute, clarinet, saxophone, trumpet, French horn, trombone, saxhorn, tuba, and drums. Imagine the variety! Filling rows of seats in the lovely piazza, the audience—including town mayor Paolo Bonari—listened, appreciated, encouraged, clapped. A far-famed proverb says it takes a village to raise a child; Asciano has been rearing its children to love music since 1818.

Unbounded generous energies go into the education offered by the Società Filarmonica. Conductor of the Band and director of the Music School is Giuseppe Baldesi, a first-rate instrumentalist who, as well as having played clarinet in several of Italy’s top symphony orchestras, further serves as conductor to Siena’s Banda Città del Palio. No maestro has ever nurtured musicianship with greater dedication or with more gentle-humored patience.

Marco Petrioli, a cherished friend since I arrived in this part of the world back in 1991, became president of the Società Filarmonica in 2000. Raising funds, organizing rehearsals, concerts, road-trips, and social events for a Band of 45 members and a Music School of 40 students is no small task. Marco is the indefatigable Atlas of the situation, managing with grace to shoulder absolutely everything.

And the teachers at the Music School? None other than the Band’s more senior musicians who volunteer their time to give hour upon hour of musical instruction every week. Talk about community spirit!

Valeria and I feel incredibly fortunate to call ourselves friends of the Band of Asciano. The Music School recital during the Festa della Repubblica resonates as a glorious demonstration of a town’s commitment to the musical and social enrichment of its young people. Italy has much to celebrate.

Below, some snapshots and a couple of videos from the June 2nd festivities: 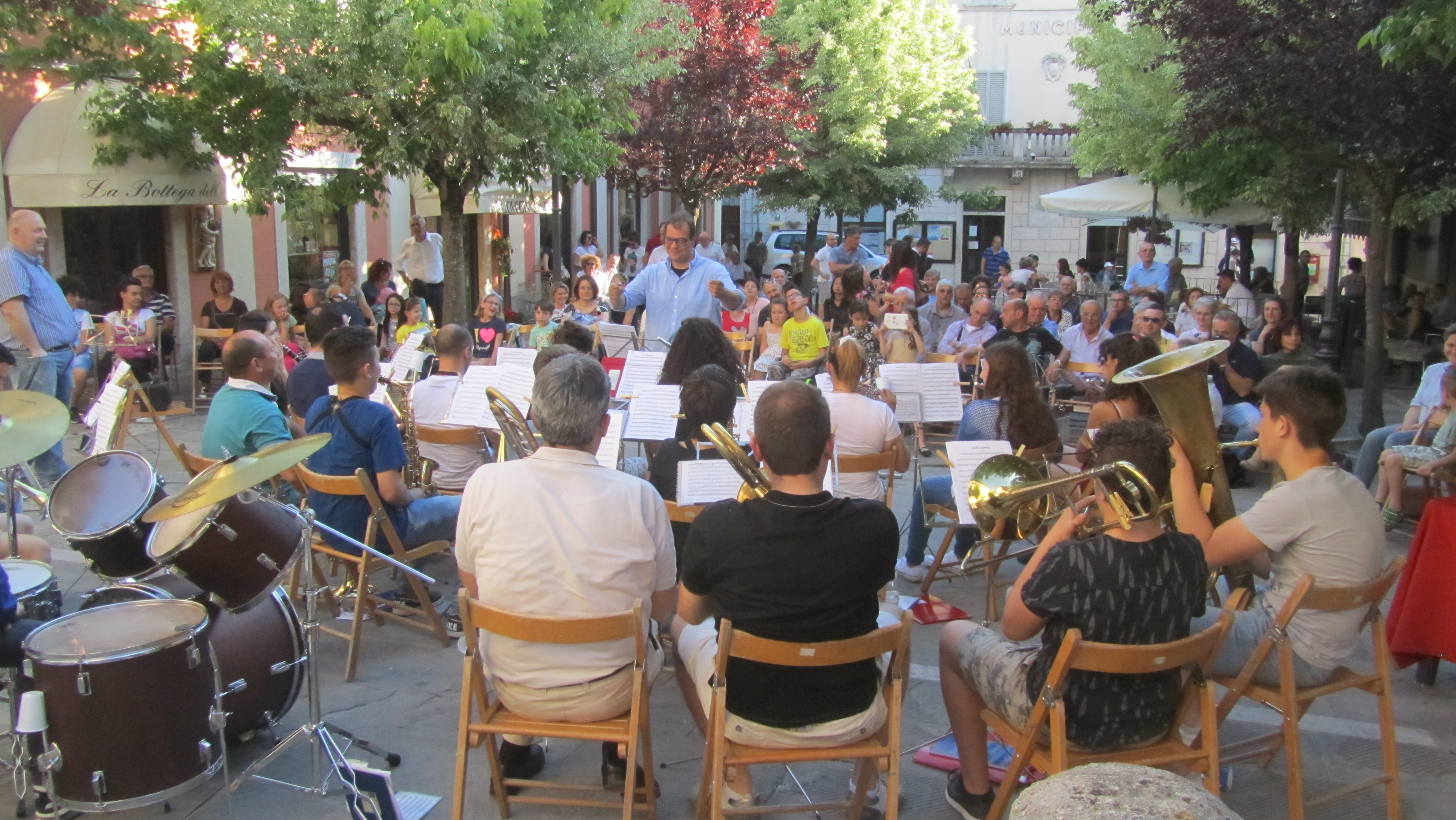 Maestro Giuseppe Baldesi leads the “Young Band” while the town of Asciano looks on. 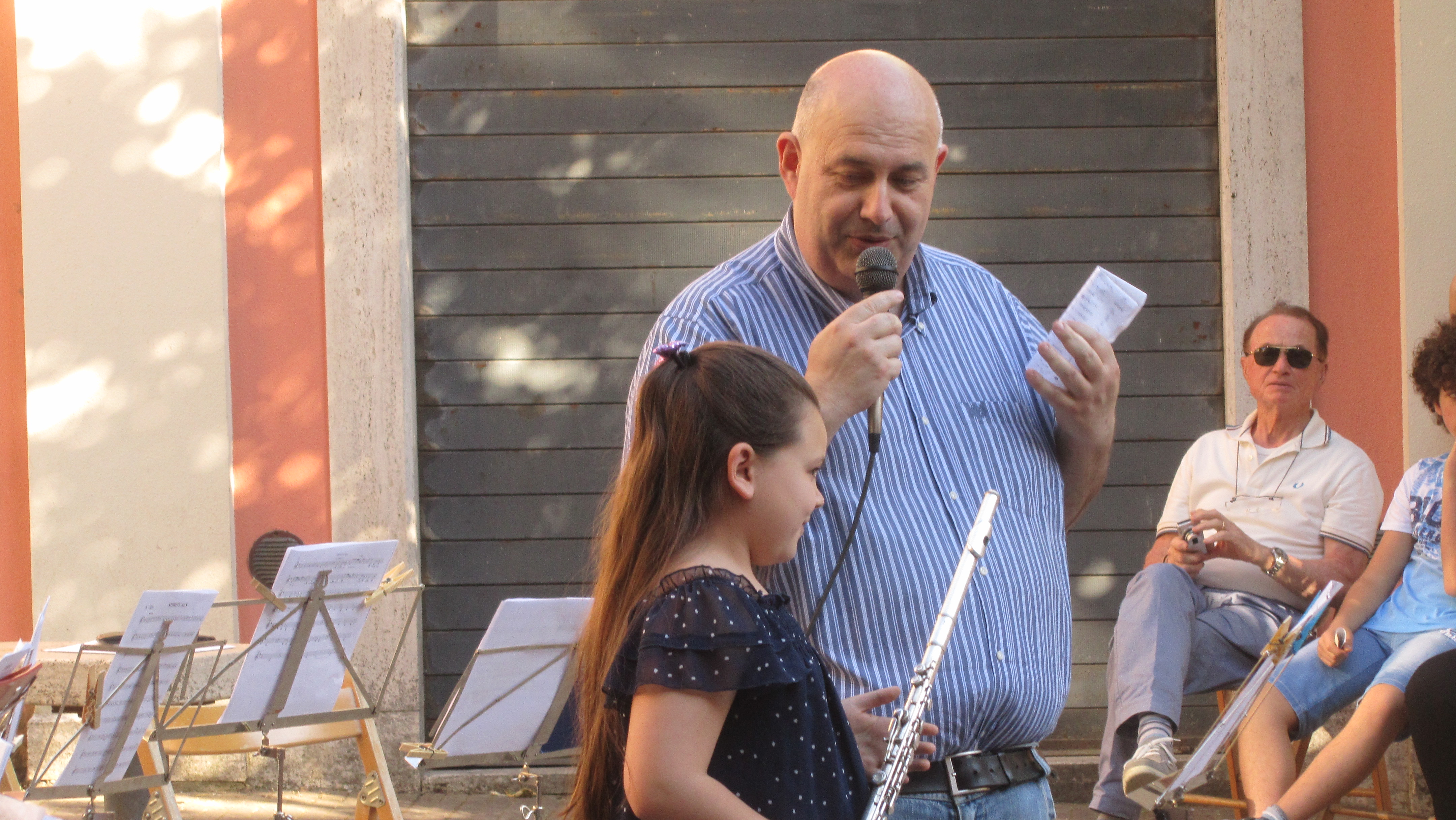 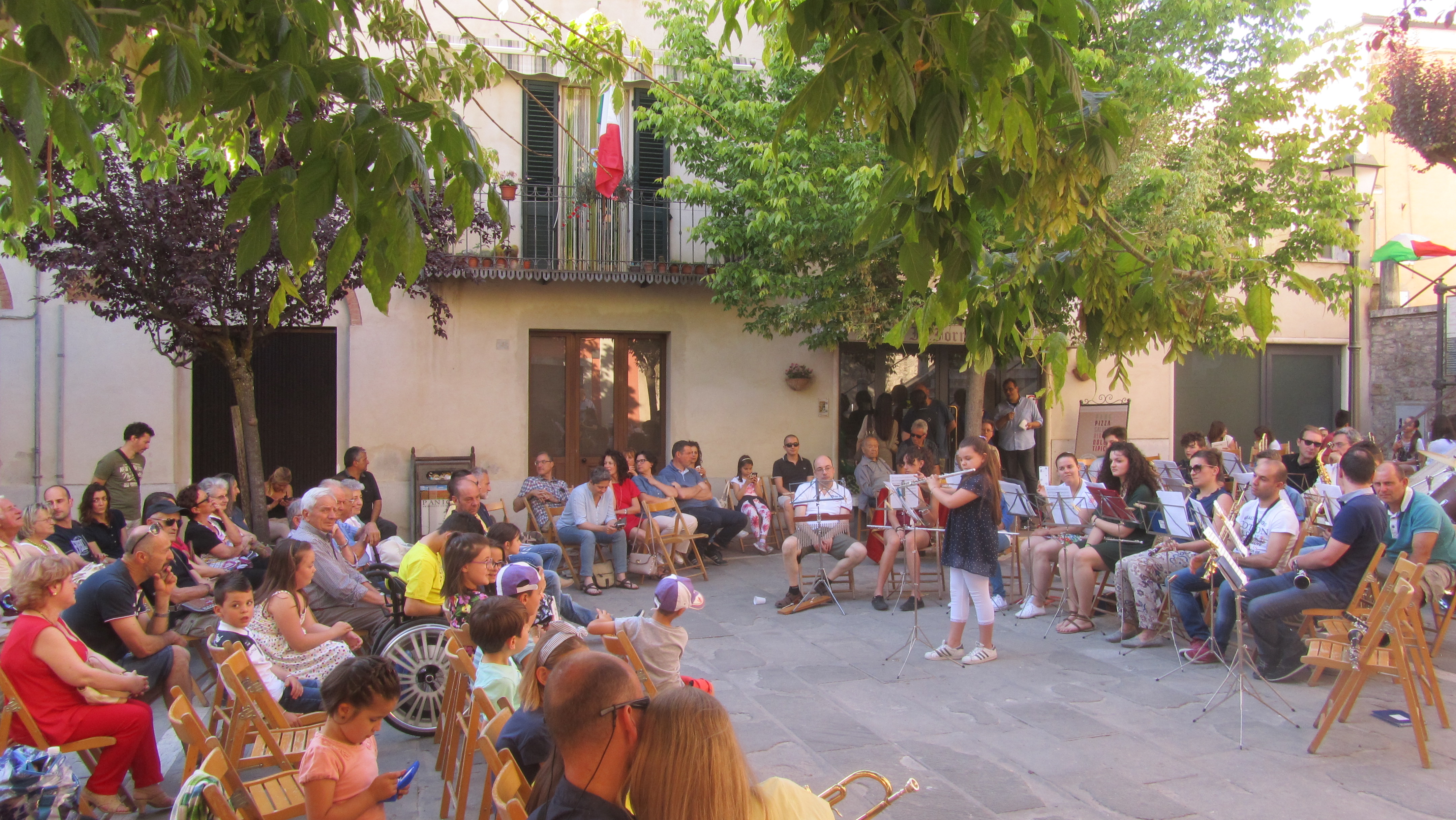 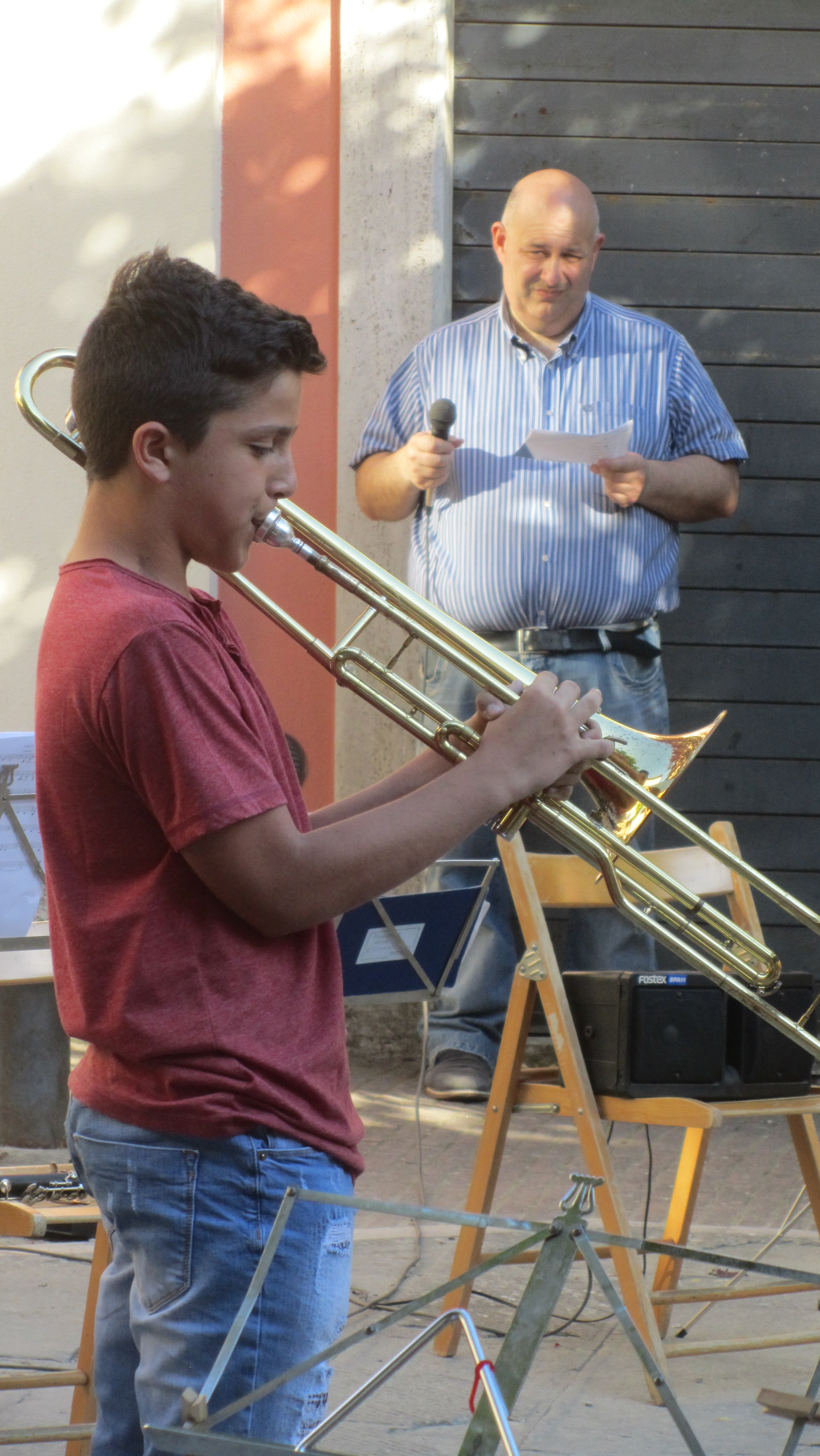 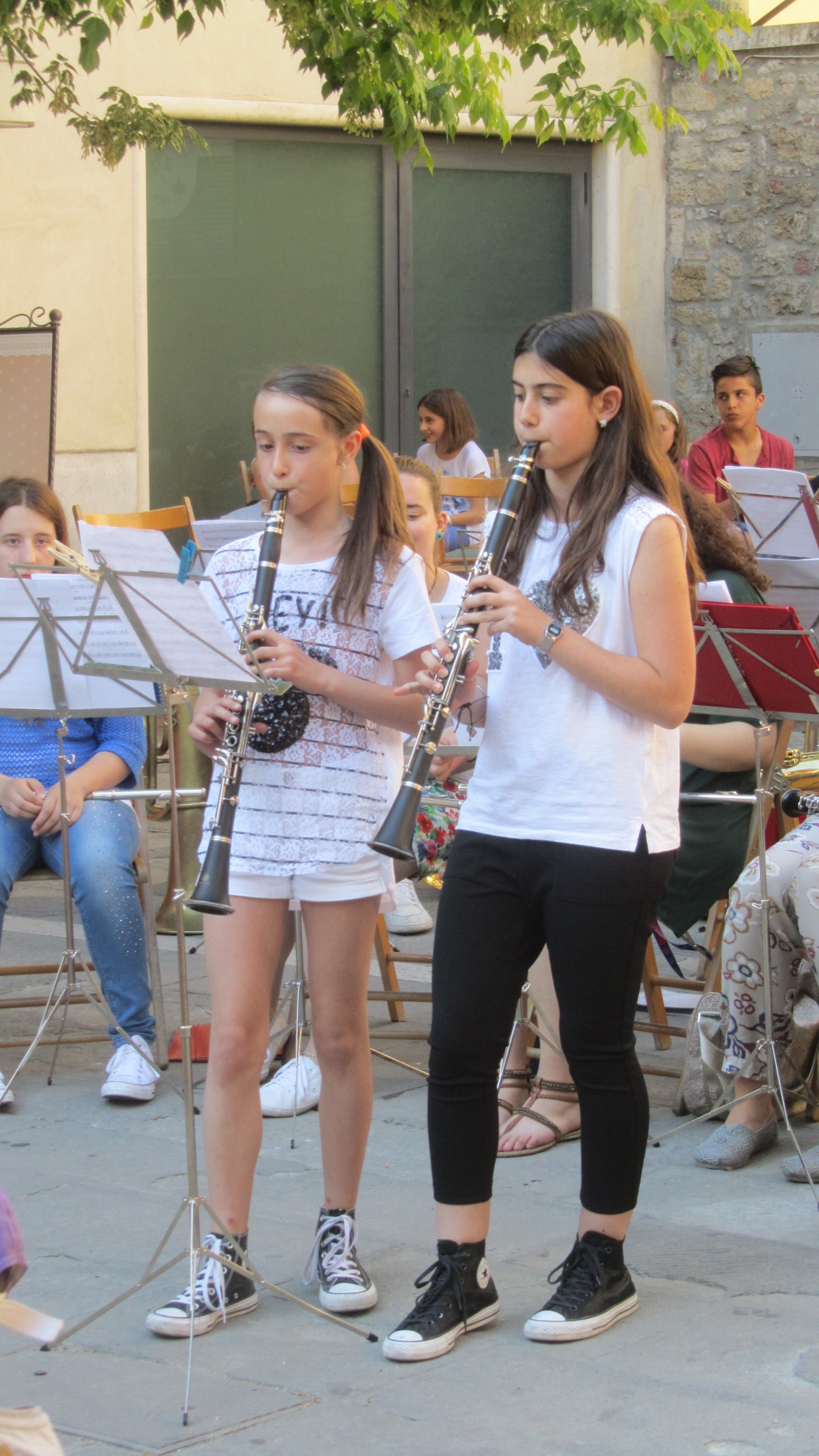