It's the middle of October, the semester has started, teachers and students are getting to know each other and the courses are smoothly moving forward.

The moment for our 2 day field trip has arrived!

This time we decided to explore a bit of Umbria, the green region in the heart of Italy and the South-East of Tuscany: Montepulciano – a famous hill town, especially known for the production of his wine, in between the Orcia Valley and the Valdichiana – and Arezzo, a beautiful city rich in history and art, known all over the world as "the City of Gold" because of the historical importance of its goldsmiths.

We left on a Saturday morning heading to Passignano sul Trasimeno, a small town that rises on the edge of the Trasimeno lake, in Umbria. No need to say that from there the view is breathtaking! The colors in this season are wonderful and the water under us played with the light. 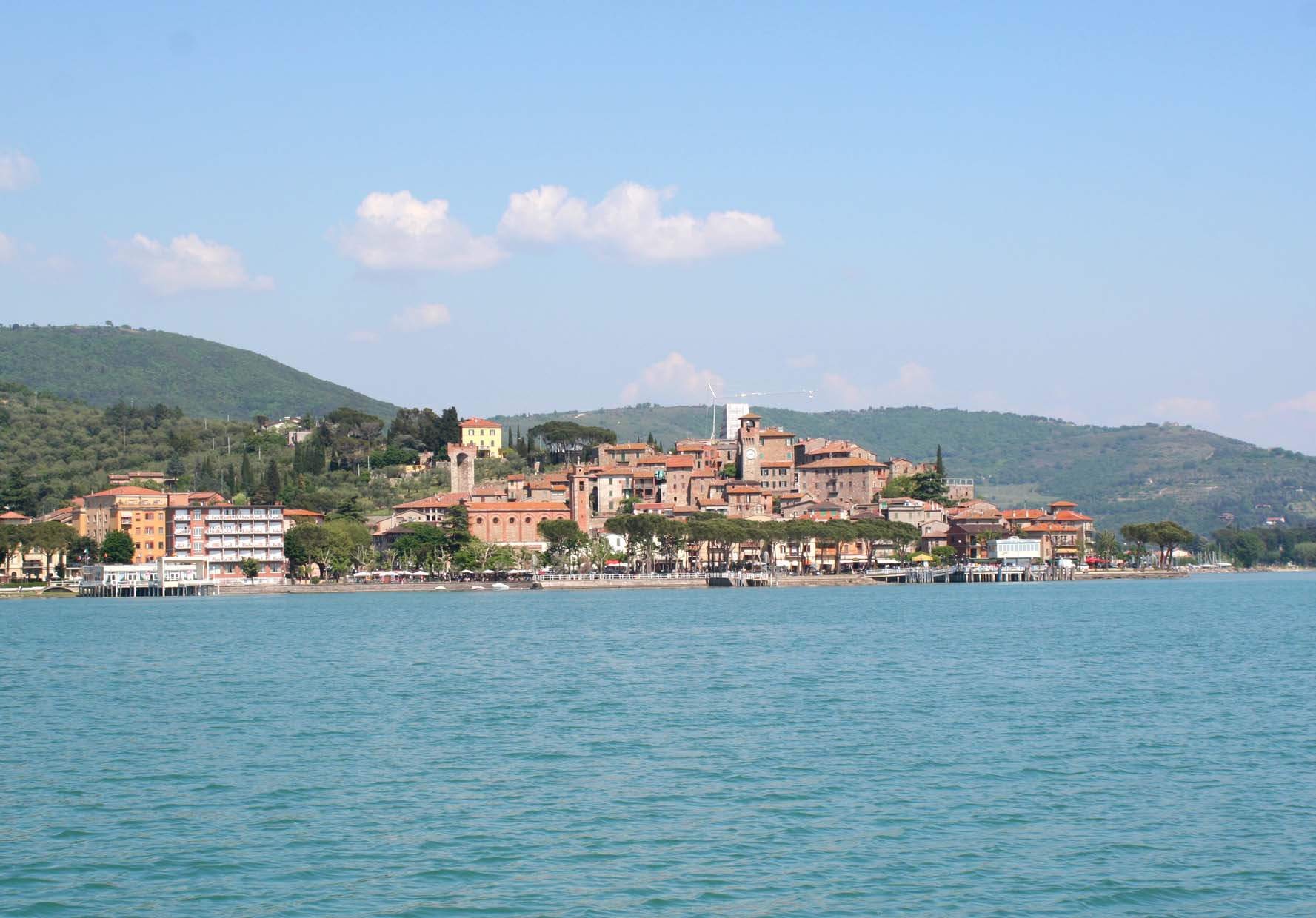 In Passignano we had a walk enjoying the historical city center and we visited the rocca, a medieval fortress with a small and interesting museum on boats and sailing.

In around half an hour we arrived in Perugia, the main city of Umbria. The city is an important cultural and industrial center for the whole region, it welcomes a great number of students that attend its University and many tourists in every season of the year. Our educational tour included: the Church and Convent of San Francesco, the Oratory of San Bernardino, the Fontana Maggiore designed by Nicola Pisano in the 13th century, the Palazzo dei Priori located in the main square. 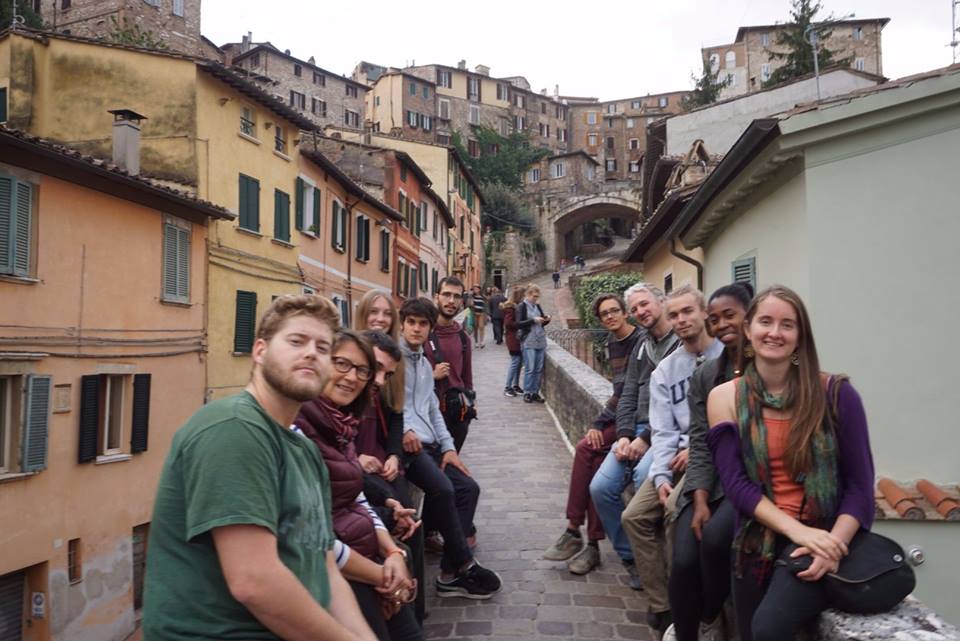 In the afternoon, after lunch break and free time to do some shopping, we continued our tour and visited the Duomo, the medieval aqueduct, the Etruscan gate and the amazing and mysterious underground city! Still filled with the atmosphere of the ancient times, we decided to dedicate ourselves for a moment to modern art: we went to the Museo Civico and we had the chance to see their collection of Gerardo Dottori works, an Italian painter who belonged to the Futurismo, an Italian art movement of the first half of the 20th century. His paintings are mostly focused on nature and landscapes, caught with a colored perspective from above. We also saw six blackboards by the German artist Joseph Beyus. 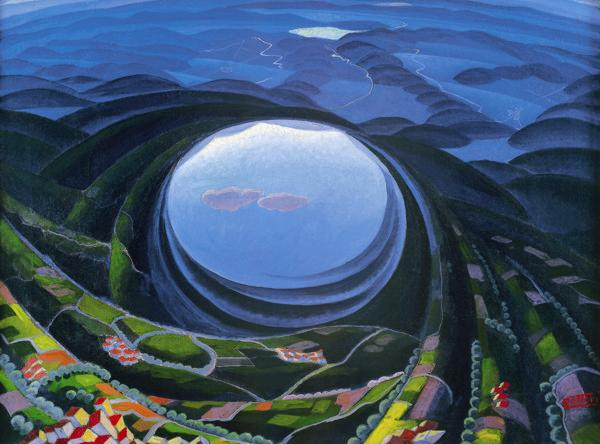 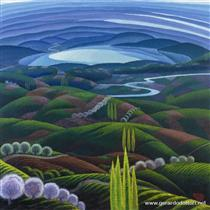 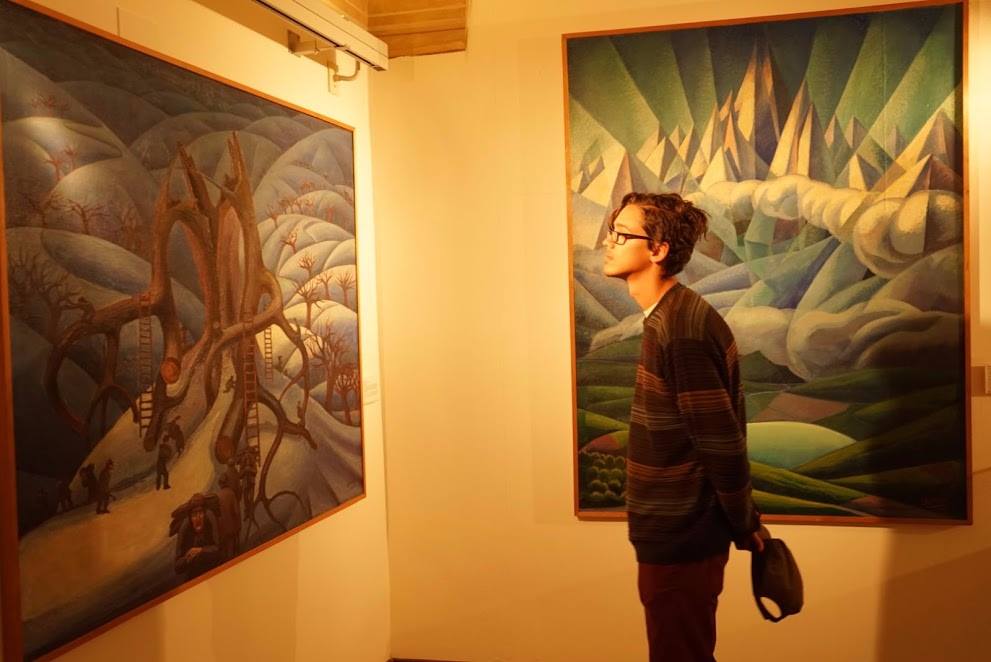 We left this bustling city at the end of the afternoon, ready to go back to Tuscany and explore an unknown area of this region.

Next stop: the enchanting agriturismo San Martino near Montepulciano, where we spent the night. This farm is run by an amazing couple who decided, after years of hard work and an extremely busy life in Milan, to dedicate their days to nature, organic farming, creative recycling and...happiness. Antonio and Karin welcomed us with a delicious dinner: a bean soup with herbs, bruschette and a salad with many different things inside. Everything was so healthy and genuine!

The next Sunday started with a nice breakfast and a short visit of the farm, with its beautiful and sweet horses (and dogs!). And in a few minutes we reached the church of San Biagio in Montepulciano. Located a bit outside the city center and a little isolated, this church was built during the 16th century and it's an example of the Renaissance architecture in Tuscany.

In the historical center of Montepulciano we had a nice walk in the main piazza and we visited the Duomo. The views of the surrounding countryside were gorgeous. 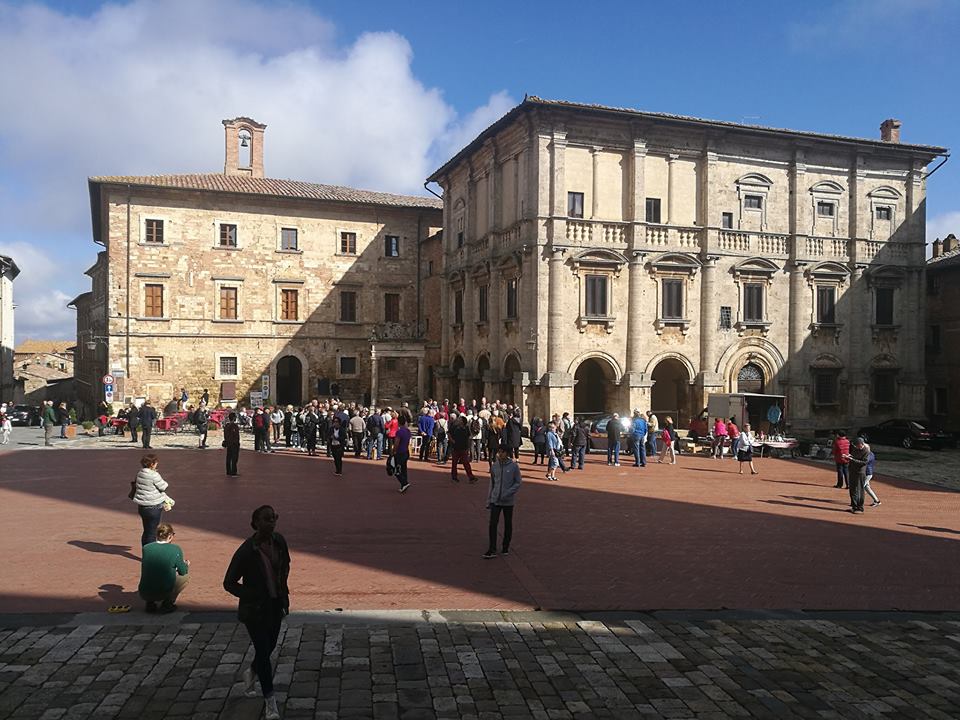 Another bigger city was the last stop of our field trip. Arezzo was one of the main Etruscan city and after the Roman conquest it became, thanks to its strategic position in between different areas, a crucial center for the Empire. Here, we could admire the worldwide famous fresco cycle by Piero della Francesca on the “History of the True Cross”, other extremely beautiful pieces by Cimabue, the Duomo, the church of Santa Maria della Pieve and the main square. Giorgio Vasari, the first art historian and famous architect and painter, was born here, as well as Petrarca, Maecenas and others... 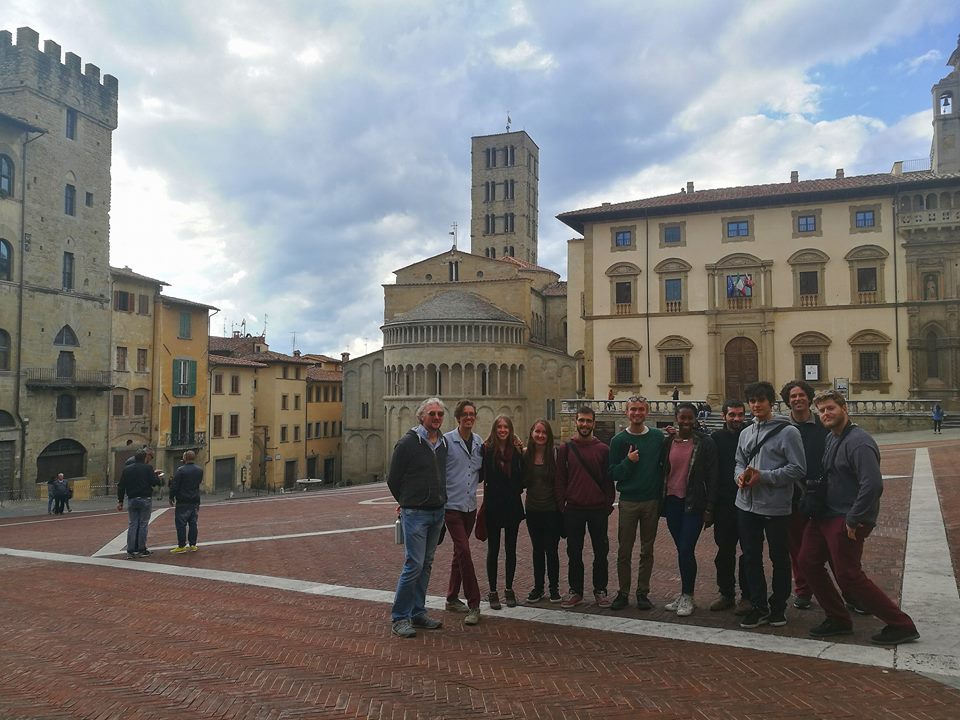 And now...time to go back to Siena! The families and the work to do for school are waiting, but these two days gave us the chance to have a nice break, learn, relax and have fun before the next Monday starts.