Siena has a very active hiking club which is part of the national organization Club Alpino Italiano (CAI). The group is a similar organization to the Appalachian Mountain Club, which is was part of in the U.S.  They organize weekly hikes for beginners and experts, with a kids group, a seniors group, a spelunking group, etc.  I've found the club to be a great way to get to know local people and to explore the area.  The trips often to go out-of-the-way places that would be hard if not impossible to reach on your own.

I recently joined a snowshoeing day-hike to Monte Amiata, the large mountain to the south of Siena, elevation 1,738 m (5,702 ft), a dormant volcano which rises above the hills in southern Tuscany, and has an active aquifer which is where Siena's city water comes from today.

I don't have my own snowshoes and poles, but thankfully the Siena hiking club had equipment that I could rent.  We carpooled part of the way up the mountain to a lodge where we got on our gear and hit the trail.  The start of the day was very foggy and rainy and windy....  not a promising start!  However, as the day kept going, the skies cleared and revealed some truly amazing views.  The top of the mountain was the only place in the area that had snow, so it was really surreal to be standing surrounded by snow, but to look into the distance and see no snow at all as far as the eye could see!

Monte Amiata has a few ski lifts and slopes for skiers, but we got up to the top and back by tromping through the snow in our snowshoes.   Back at the lodge we had a scrumptious meal that could not be beat:  polenta with wild boar ragu, and an assortment of crostini and cheeses. I hope to go back soon!! 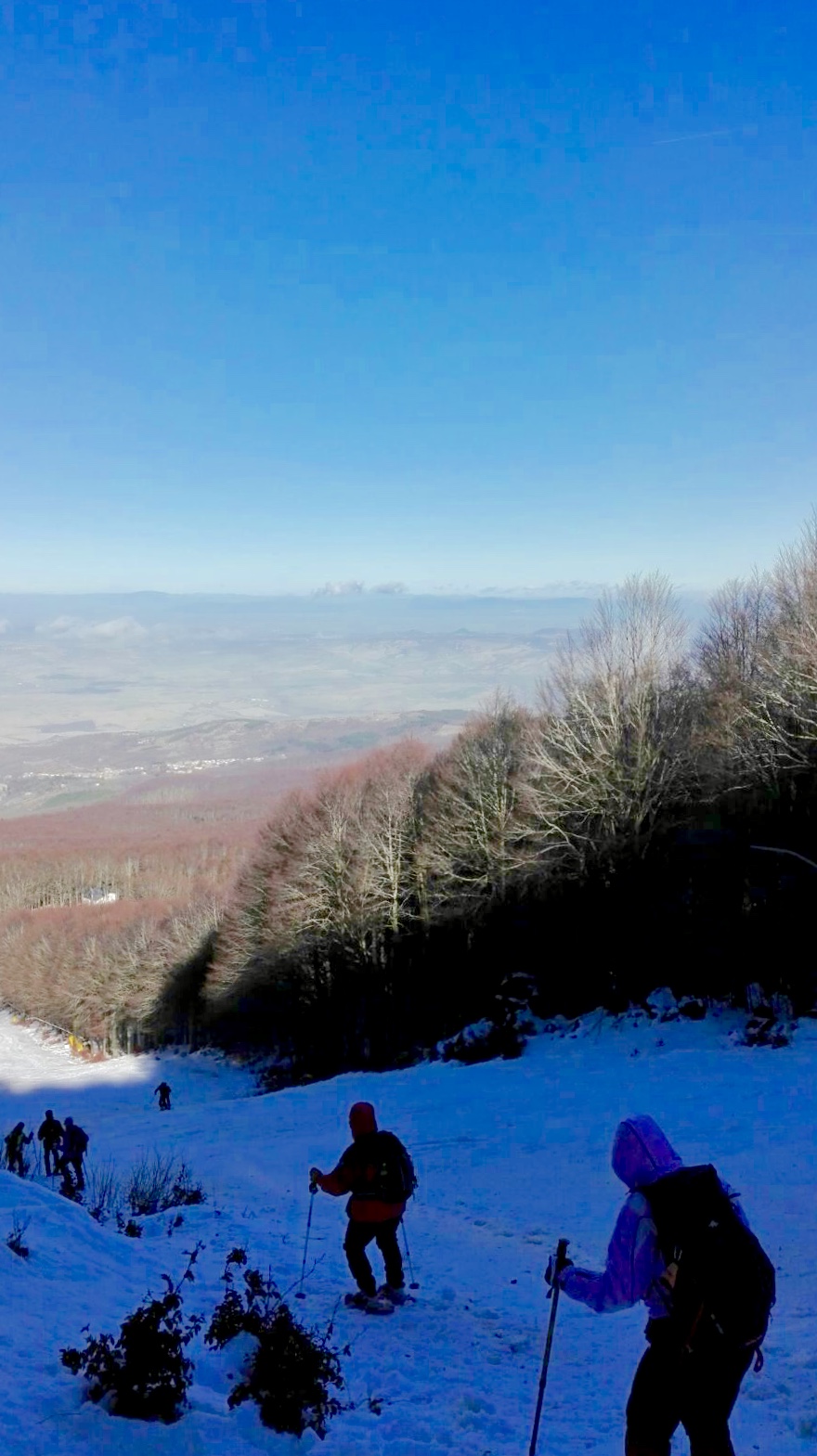 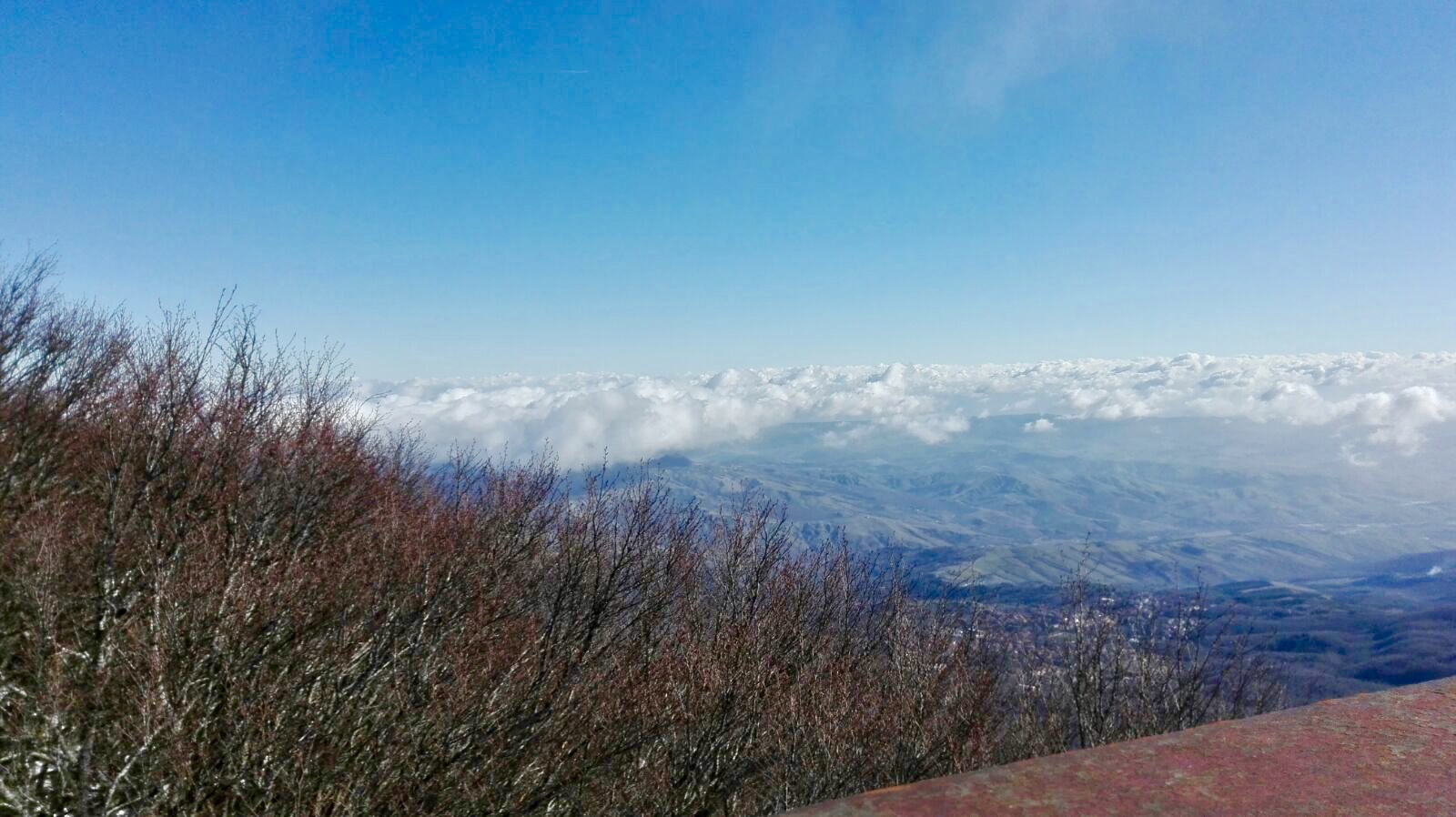